A significant component of the energy and carbon footprint of our cities stems from commercial buildings.

Can Tasmania do the same? Why hasn’t it? Will it? When?

Cutting back this sizeable footprint can be a fairly hard nut to crack. This is because commercial buildings are generally not occupied by the owners, being mostly leased. Improving their environmental performance is not seen to be in the immediate interest of the owners nor the occupiers. To make matters more complex, some commercial buildings also have multiple occupiers.

So the task is like taking reluctant horses to water with the hope that they may drink.

Victoria, New South Wales and South Australia have all set up deliberated schemes to overcome these hurdles. Local councils are inherently part of these schemes, and so their role is also important.

Clicking on the above links will give some insight as to how these projects are structured.

Why has Tasmania not established a similar scheme here?

The viability of a Tasmanian EUF scheme depends on a few factors, mostly positive but with some unique challenges. While Tasmania is known to have a relatively inefficient commercial building stock compared to other places, our commercial sector is relatively small, and this is probably seen to be the main obstacle.

Though our larger urban councils are well enough resourced to manage such a scheme, it is believed that many smaller councils may not be in a position to do so immediately. For this reason it would be sensible for the scheme to apply to our main cities in the first place and then be extended, as has happened elsewhere.

Each interstate scheme, mentioned above, is somewhat differently structured and from these experiences a similar scheme suiting Tasmania can be devised. Indeed, developing a Tasmanian initiative was listed in the state government’s Tasmania’s Energy Strategy in 2015 (see page 19). 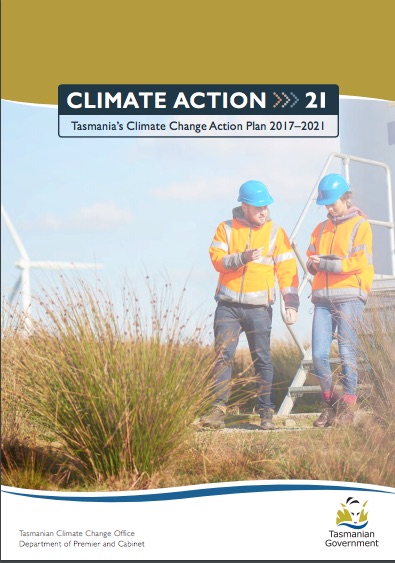 More recently, the Tasmanian government’s climate strategy, Climate Action 21, stated that a feasibility study would be conducted into the viability of such a project for Tasmania.

Accordingly, a $40,000 economic study was indeed commissioned, but this study has yet to be published.

We understand that the study recommends positively and there is an expectation that a Tasmanian scheme may be put in place in the near future.

It should be noted that following small set up costs, EUF finance schemes are virtually revenue neutral on the part of government. Third party banking institutions and local government arrangements, for examples, are utilised to incentivise commercial property owners to take advantage of the schemes.

Of particular note for rural Tasmania is that interstate schemes have been attractive to the rural sector and have thus been applied to agricultural enterprises especially in NSW.

One side observation that has been made is that, like the transport sector, what the state government does in relation to its own tenanted buildings probably provides the best stimulus to guide the commercial sector to replicate good environmental performance, while simultaneously helping to develop expertise and momentum in the private building sector.

NOTE: The purpose of this article is to draw attention to the issue of potential energy savings in the commercial sector. Climate Tasmania does not have a firmed up position on the mooted finance scheme.

Moreover, our primary advice to government has been that to decarbonise the Tasmanian economy it is necessary to implement comprehensive law reform, establish sectoral targets for energy transition and place a primary strategic focus on reducing the burning of petroleum, coal and gas fuels.

That project is summarised here.