Where do Tasmania’s carbon emissions come from?

Posted on September 4, 2015 by Climate Tasmania

Tasmania has already reached its long term emissions reductions target – 60% below 1990 levels by 2050 – way ahead of schedule!

The chart shown below illustrates graphically the latest national carbon pollution inventory for Australia. As readers will see, Tasmania now appears to be virtually carbon neutral. Sequestration of carbon by the forest sector almost cancels out all of the carbon pollution that is caused by transport and all other sectors combined. So it appears. 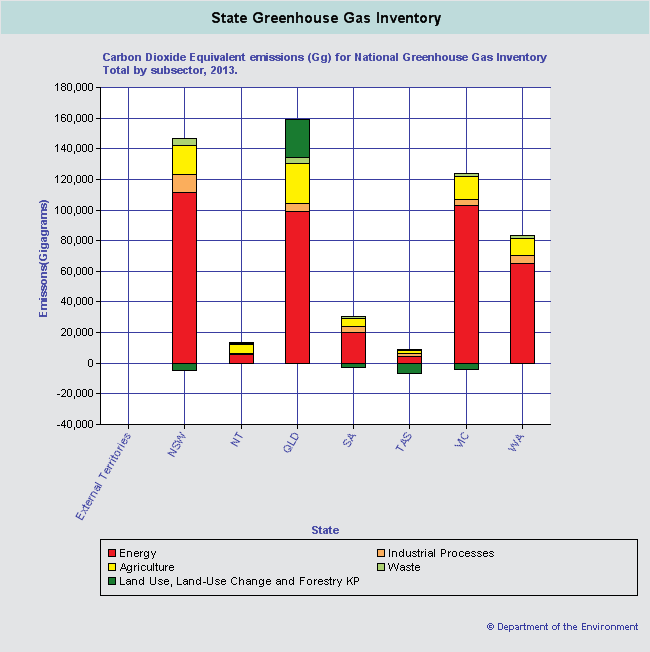 On the face of it this totally unexpected success seems to be illogical and unbelievable, particularly because it can be argued that almost nothing significant has been done on the mitigation policy front to achieve that goal. So how did it come about? What is the story behind this story?

The national carbon pollution inventory data can be accessed via this link.

This entry was posted in Climate science, Tasmania's carbon emissions. Bookmark the permalink.