Biofuels: the need for a sensible conversation

To what extent should biofuels be utilised as a low carbon energy source in Tasmania? 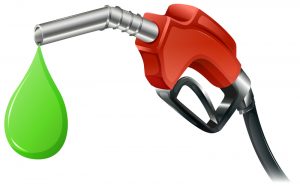 This tends to be a highly contentious question on this island because, in the public mind, the term ‘biofuels’ has been singularly reduced to the prospect of feeding forest ‘wastes’ into furnaces, which many worried forest campaigners see as replicating the emergence of the dominant woodchip industry four decades ago.

In the global context the issue is equally contentious, biofuels manufactured from crops being seen to be in direct competition with world food production – it is feared that the industrial society’s energy demand may be satiated by starving the world’s poor.

These are real debates that need to be thrashed out, but they tend to generate a totally black and white attitude to the issue of biofuels. More usually there’s simply no conversation about it, as if electricity is the only game in town. Citizens generally do not view bio energy as potential low carbon energy sources (as alternative fuels) in the same way they view solar and wind energy (as alternative electricity). This is despite the fact that electricity is simply not able to displace much of the petroleum fuels that are used in heavy transport, in many industrial processes, in the manufacturing of many products and and agricultural activities.

With this cloudy backdrop in mind, it comes a surprise to many Tasmanians that some ten percent of Tasmania’s total energy consumption is already provided by biofuels. This is mostly in the form of firewood for home heating.

There are also some examples where biofuels are successfully being utilised with public admiration – such as the biogas that’s generated from the Hobart McRobies Gully tip site. Clearly there are some opportunities here and there where we can and should utilise biofuels to help transition Tasmania away from our dependence on fossil fuels. A full scoping of such other potential projects is yet to be carried out.

What are your thoughts?

The role of Climate Tasmania is to provide information and policy advice on all climate related issues and in this role it is necessary to look at our total energy production and use and the best means by which Tasmania may transition to a low carbon future.

With this in mind, we would like to engage in a sensible conversation about legitimate uses of organic materials to generate energy – as a heat source or for electricity production. We offer the following set of general dot points as a first bite, with the aim of teasing out the issues as we go.

A framework for discussion

1. Some bio-fuels in Tasmania may have potential to be developed as a low carbon energy source.

2. Policy needs to be determined to allow for the reasonable development of bio-fuel plant that is proven without doubt to have net economic and greenhouse emissions benefit.

3. Calculating the net carbon benefit from exploiting bio-fuels is complex and specific to both the available resource and the proposed technology that would be used to extract it.

4. Whereas solar and wind energy technologies are ‘off the shelf’ and the net Energy Return on Energy Invested (ERoEI) applying to those technologies has firm and measured parameters, the net energy return on bio-fuel plant needs to be calculated for each situation where it may be applied.

5. The above renders it inappropriate to develop a blanket policy that applies to bio-fuel plant across the board.

6. There are many regressive examples in the world (such as corn ethanol produced in the US) where bio-fuels are produced under government subsidy but yield little or no net carbon or energy benefit.

7. There are also examples where incentives applied to produce bio-fuels have subsequently facilitated the profitable exploitation of non-wastes and food crops as feedstock. This perverse crossover has caused much concern in Europe over diversion of agricultural food crops to energy production.

8. In Tasmania, more research is required to determine the 1) net carbon benefit, 2) the potential net energy return and 3) the economic feasibility of proposed wood-to-electricity combustion utilising forest and farm wastes or green feedstock.

10. Owing to uncertainty over carbon emissions abatement that may accrue from the combustion of forest products for electricity it had been deemed appropriate to exclude native forest biomass from the nRET (a national policy position since 2001). There is concern that, owing to recent change in this policy context, forest waste energy projects may attract a public subsidy, whether or not the relevant project provides a net energy benefit.

11. Historically, Tasmania has utilised forests for a significant amount of home heating energy. The firewood industry has not been subsidised, however there has been a need to regulate it to attempt to mitigate serious native forest habitat exploitation that has taken place.

12. Production of energy from bio-fuels tends to most profitable in small-scale applications where on-site wastes need to be managed and where these are utilised to provide a component of energy for the enterprise concerned. Examples are methane heating gas produced from digestion of dairy cow manures and electricity produced from sawmill offcuts.

13. Potential carbon abatement needs to be weighed against environmental harm that may incurred by any particular bio-fuel project.

We welcome your constructive thoughts.

• Do you agree with the above points?

• Do biofuels have an important role in a transitional energy strategy?

• What have we left out?

• Do you know of specific projects or potential biofuel projects?

• Would you appreciate more technical or background information?

Please feel free to comment below.
Alternatively, you may wish to email us at Climate Tasmania.

This entry was posted in Biofuels, Energy. Bookmark the permalink.