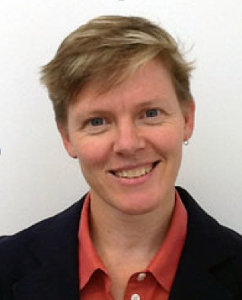 An open letter has been sent to the three party leaders in the House of Assembly drawing attention to the Tasmanian Parliament’s inability to address the now-urgent issue of climate change.

Signatory, Dr Fitzpatrick, is a climate scientist and member of Climate Tasmania. Copies of the letter have also been sent to all MPs in both Houses. Climate Tasmania is now approaching community leaders to join in this appeal for a unified approach.

An open letter to Parliamentary Leaders

Need for a nonpartisan approach to climate change in Tasmania

In the wake of the Paris Agreement and in light of current and potential damage caused by climate change to Tasmania’s communities and economy, we appeal to you to take a fresh, cooperative approach to a long-term climate change strategy for Tasmania.

You will be aware that just a few weeks ago a wide spectrum of national interest groups, including energy businesses and unions, jointly appealed for political leaders to work together on national energy reform. You will also know that Australia’s financial regulator (APRA) has more recently warned that climate change poses a material risk to Australia’s entire financial system and that it is unsafe for companies to ignore climate risks.

Extreme weather events of 2016 should serve as a wake-up call. We ask that you act decisively on the understanding that climate change will become the main determinant of Tasmania’s future prosperity. It may be that already; in recent times climate change has adversely offected infrastructure and operations of sheries, Tasrail, Hydro Tasmania, the farming community and national parks.

Yet the prevailing cultural attitude in Tasmania is that we are a low-risk part of the world and can take a sofly-sofly approach to climate change, resulting in poor risk management throughout the economy. Successive administrations have failed to follow up on the Lennon government’s climate initiatives of 2007-08. Climate change strategies developed under one administration have been summarily shelved under a new one.

We appeal to you to recognise that our capacity to respond adequately to the challenge of climate change is being threatened by adversarial political processes. For the sake of our communities and businesses and the protection of our progeny, our natural assets and our future prosperity, Tasmania’s political leaders must put aside their differences to find substantial and lasting solutions to this over-arching challenge.