Climate and food are joined at the hip! 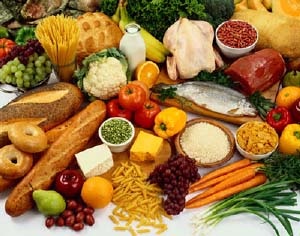 Food production is the world’s biggest industry. It comprises 10% of global GDP and accounts for 40% of the world’s land area. It depends on functioning ecosystem services and reliable climatic conditions.

The food connection in a nutshell
The Intergovernmental Panel on Climate Change (IPCC) reports that food production has immense and varied repercussions on the world’s climate. Just as importantly, the science community is warning us that unchecked climate change will cause profound repercussions to the viability of many farming enterprises and the world’s ability to maintain and enhance food security for the world’s people.

In national terms, the Garnaut report on climate change graphically summarised likely repercussions of climate change in Australia. The warnings are quite stark on the food front, and again are built on solid evidence based modelling. South Australia faces a 33 percent decline in its livestock productivity and a 44 percent decrease in suitable growing areas for grapes. Victoria’s wheat production may fall by nearly one quarter. Unless mitigation and adaptation plans are invoked the food production from Murray Darling irrigation system may be reduced by up to 92 percent.

Meanwhile, a research paper prepared for the Global Food and Water Crises Research Programme cites climate change as a “a key threat to Australian food security between now and 2050.”

What should our governments be doing?
The above rather bald projections should be at the forefront of policy making on food and agriculture with a view to protecting the public by:

2) building adaptive resilience into the farming sector and consumer behaviours.

Climate change is a shared responsibility for all three levels of government. In the food security area it poses a huge leadership challenge across the board – in politics, business and community.

What should citizens be doing?
The CSIRO has calculated the energy consumption of a typical Australian household and provides expert advice on how best to mitigate energy consumption and save money. On average we citizens consume much less energy on electricity and gas supply (17 percent) than we consume in the form of embodied energy in the foods that we purchase (30 percent).

It comes as a surprise to most Australians that it is far more effective, easier to do and less costly to adjust our food habits than it is to put solar panels on the roof.

The reason for this is that modern food production entails a multitude of energy inputs all along the supply chain, in the form of fuel for farm machinery, fertilizer manufacturing, freight energy, processing plants, refrigeration plants, transport again, supermarkets and cooking. On average, the embodied energy in food comprises approximately half of our household’s total embodied energy. (In addition the agriculture sector is also responsible for significant emissions, particularly from ruminant animals.) The chart below illustrates typical embodied energy of foodstuffs. 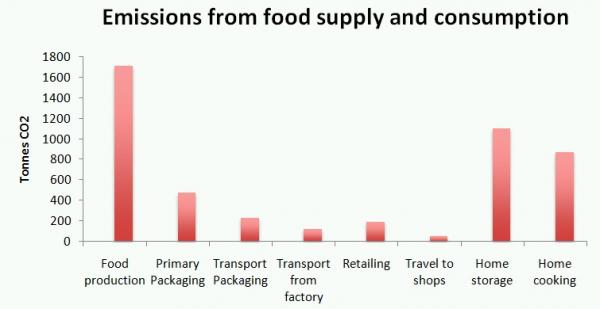 That energy pie is very malleable according to what foods we choose to eat, where we get it from and how much of it gets wasted. By way of example, production of meat, dairy products and many processed foods consumes more than 6 times the energy than is actually contained in those foods. There are many ways to adjust our food carbon footprint through home gardening, judicious purchasing and making healthy dietary changes.

What about Tasmania?
Most Tasmanians are aware that the emergent viticulture industry here owes its success, in part, to climatic conditions that are being helped by the global warming phenomenon. This good news story has perhaps instilled a popular but inaccurate notion that it’s all going to be good. It should also be noted that the IPCCs predictions on climate impacts indicate that in temperate latitudes (such as Tasmania) warmer soils may induce better growing conditions for some crops and this will partially offset negative impacts that ensue from predicted extreme and temperamental weather events – droughts, floods, bushfires, hail damage, late frosts and so forth – that are forecast to accompany climate change generally.

The long term likely impact of climate change on food and agriculture in Tasmania is not yet well understood. Broad expected changes to prevailing rainfall and temperature patterns are identified in series of reports complied by a multidisciplinary team – entitled the Climate Futures Project. Its summary reports can be downloaded from here, and its report on agriculture summarises early information on a range of Tasmanian crops – includes information, for example, on likely impact of reduced frosts on certain crops that require cold winter nights.

While there is no doubt about the reality of climate change, there is a good deal of uncertainty in the predictions of likely impacts in Tasmania at present. This uncertainty tends to induce a ‘wait and see’ attitude, whereas precaution should inform us to develop adaptability and resilience as a priority rather than to court possible calamities down the track.

The Food Forum
With all of the above in mind, Climate Tasmania chose “Climate Change and the Future of Food” for our second forum in our 2015 series of public discussions on climate change.

We lined up three Tasmanian speakers who are experts in the food arena and there was a good turnout on a cold Winter’s evening.

It is not possible to do justice to their presentations, the dot points below are a summary. 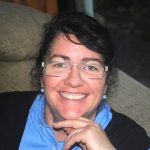 Leah Galvin: Her specialty is food affordability and community health.

Leah works at the Heart Foundation. She strongly believes that building climate resilience works hand-in-hand with initiatives that help to build food security, affordability of fresh food for low income people and improving the health of the Tasmanian public and is very optimistic about growing community initiatives in the food security arena.

Major points:
• Food is a major health issue for the Tasmanian population.
• Food security is a significant make-or-break issue for low income Tasmanians.
• For really poor households food purchases can represent 40% of disposable income.
• There are strong overlaps between health and low income.
• Affordability and availability of healthy food (fruit and vegetables) is a major issue.
• These problems are best solved by connecting local food production to grass roots culture.
• Some great enterprises (Hobart City Farm / Waterbridge Food Market) are paving the way in this respect. 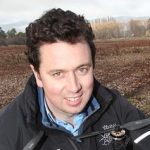 Will Bignell: He couples his academic career in agriculture with tremendous on the ground knowledge and practice on his family farming enterprise based near Bothwell.

For farmers like Will, climate change is an add-on challenge that Tasmanian farmers have no choice but to best adapt to. Farming successfully in Tasmania is very challenging with or without climate change and new technologies and information systems are needed more than ever to try to maintain viability and profitability in the face of change.

Major points:
• The main challenge with farming in Tasmania is our geographical position and finding a profitable space in the food market.
• Main opportunities exist in boutique and niche food production, especially the latter.
• Using application of smart science and technology Tasmanian farmers can successfully adapt to changing conditions.
• In the same way, using science and technology (plus handed-down knowledge) farmers have to similarly adapt to encroaching climate change stresses.
• Tasmania has climatic features that can be utilised to produce specialty crops – such as out of season strawberry plants for north Qld.
• Issues such as extreme heat stress can put huge pressure on farmers to manage through those tough periods. 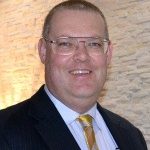 Rohan’s research on global food security is focussed on the multitude of social and technical dimensions underpinning food supply. To date climate change has not impacted dramatically on world food security, broadly speaking, but if climate science projections come true then climate change will increasingly become a critical issue for communities around the world.

Major points:
• Global food security is a major challenge owing to growth in world population and a range of other factors.
• Climate change introduces some swings and roundabouts effects.
• On balance, climate change probably increases the food security challenge overall, but not consistently.
• In temperate regions the climate change impacts are not so stark, but tropical areas are all negative.
• Climate science is too uncertain to be prescriptive as to how to go forward.
• For most of the world, food trade equates to about 10 percent of food production.
• By contrast, Australia exports about 70 percent of its food production = food for 60 million people.
• Food security is closely related to income, equating to about 10 percent of household budget in Australia, though in some cases 40 percent in poorer nations.

Food security is a complex issue impacting on health and welfare, communities and the larger economy. For practitioners such as Leah, Will and Rohan climate change is not peripheral to the food issue, but is one a number of major factors that will impinge on food security into the future. If Professor Garnaut’s predictions are correct it will be far less costly to the economy to proactively deal with climate change issue than it will be to deal with the consequences if the issue is left unattended. 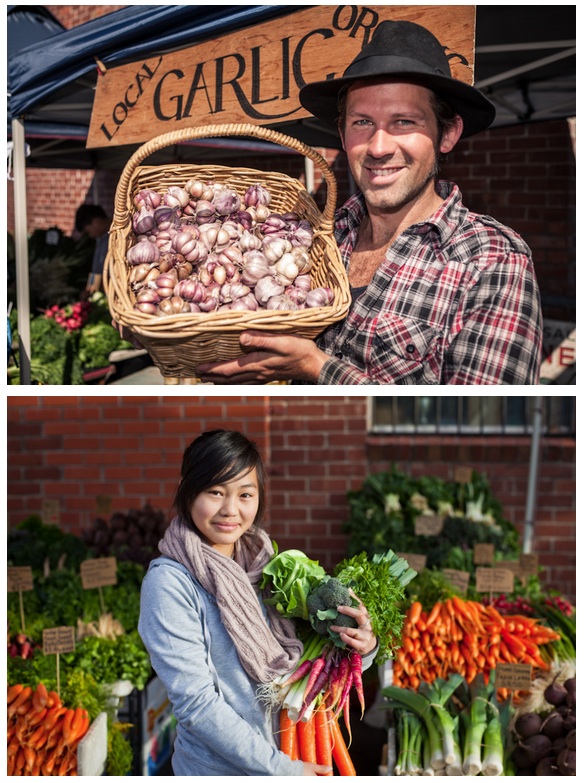