Scientists who have analysed data from September 2015 to May 2016 have produced a report on the damaging East Coast hotspot and conclude that as well as it being the most intense, it was the longest recorded off Tasmania’s east coast. 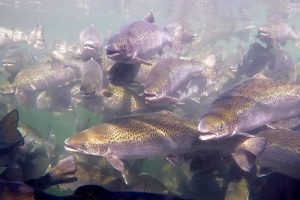 “Through the summer period, at least in the peak of the summer, we would see something like about 16 to 17 degrees Celsius and we saw it up to about 19.5 degrees Celsius,” climatologist Neil Holbrook said.